Rio de Janeiro: where sparkling waters, beautiful people, and historic neighbourhoods and museums combine with the rich sounds of Samba and a thriving nightlife to give this Brazilian city its reputation as one of the most striking in the world.

The Cidade Maravihosa (Marvelous City), as Brazilians call it, displays a unique blend of contrasts: a bustling metropolis amidst beautiful mountain ranges, rain forests and wetlands, tremendous wealth amidst crushing poverty, old traditions juxtaposed with desires for modernity. All of the thriving life and diversity of Rio de Janeiro is showcased between the outstretched arms of Cristo Redentor, the statue of Christ the Redeemer atop Corcovado Mountain overlooking the city. The famous Sugarloaf Mountain also provides some of Rio's greatest views.

Rio de Janeiro is usually divided into three zones: the North (Zona Norta), the South (Zona Sul) and the Center (Centro). The North is the least interesting, and not to be wandered into at night. The South contains the beautiful beach areas of Copacabana, Ipanema, Leblon, Leme, Loigoa and Sao Conrado. The Center holds the majority of the city's highlights, and stretches from the Morro de Sao Bento in the North to the monuments of the fallen soldiers of World War II in the South. 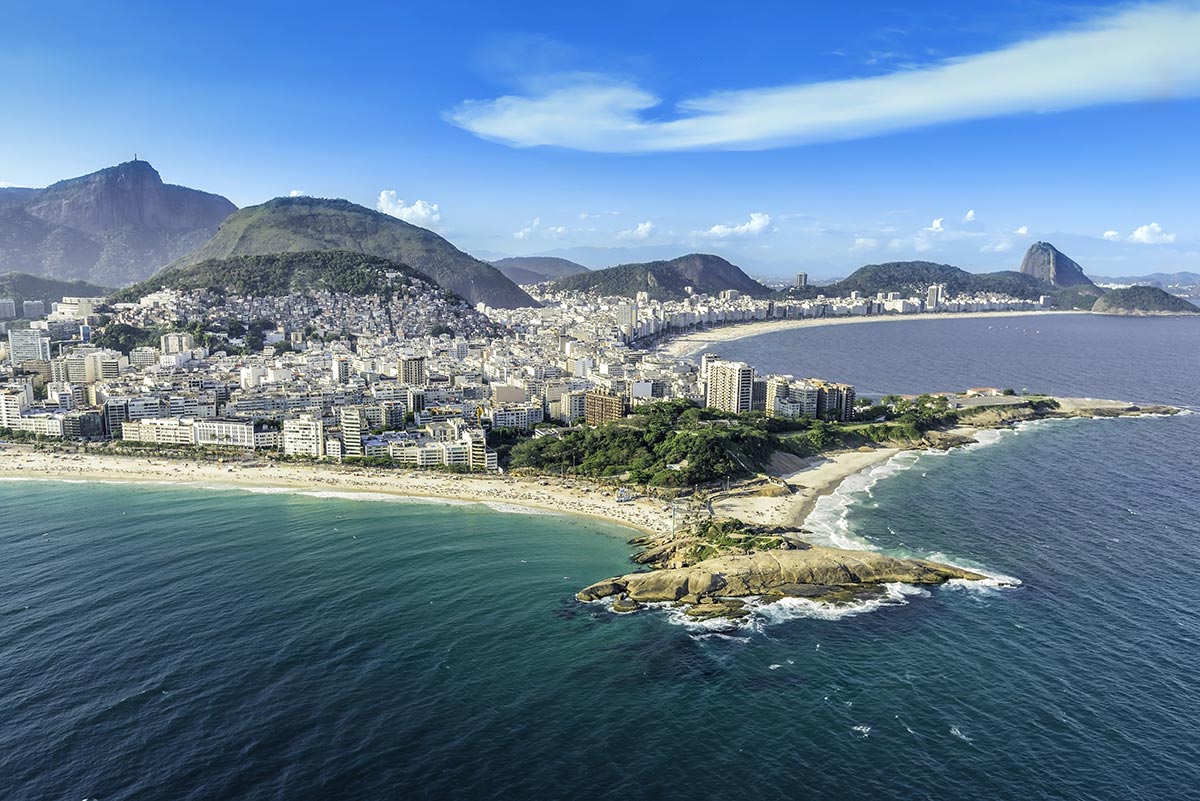 The beaches in Rio face the Atlantic Ocean, thus providing bigger waves and cleaner waters. Surfers and boogie boarders are welcome at one of the many beaches, and sailing is highly recommended. The Copacabana beach area, which also boasts some of the best hotels, has easy access via the Metro to the city center. Ipanema (and all the lovely girls and boys who are from it) is an urbanized beach where the bikinis are teeny-weenie and street vendors line the streets selling all kinds of local artistry and crafts. Come explore the weekly Hippy Fair (Babilonia Feira Hype), where you can hear live music and get a massage, a henna tattoo, and much more.

Restaurant and dining choices are endless, for the Cariocas love to eat out, savoring the taste and the ambience of every meal with no rushing or worrying. The generic food choices consist of pasta, seafood, beef and chicken, yet they are zested with local tastes and flavors. Street vending is also usually safe, not to mention a delicious and inexpensive source to many food choices. 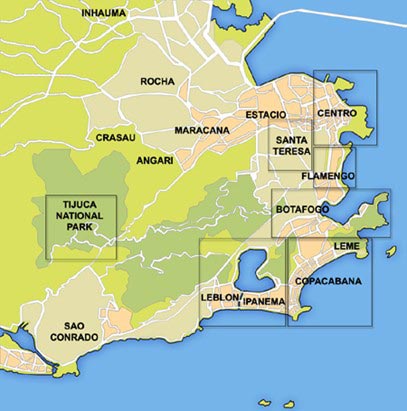 The climax of the party scene is the famous Carnaval, one of the greatest parties in the world. Carnival is 4 days long and attracts thousands of people, all of whom heartily enjoy unique Samba dancing and an abundance of food and drink. Another major celebration is during New Years in Rio, in which millions pack the beaches for an all night festival that is treasured for its beautiful display of fireworks that light up the Copacabana beach.

Architecturally, Rio is quite diverse and offers a number of interesting contrasts. Some buildings and monuments have stood strong and proud through several centuries, while others attempt to take on the modern, sleek looks of other contemporary cities. There are also many churches worth exploring, such as the Nussa Senhora de Candeleria.

The downtown neighborhood of Centro, along with most of Rio, offers great deals for shopping. There are enthusiastic street vendors everywhere, and street markets that sell crafts ranging from the most typical tourist merchandise to beautiful locally designed jewelry and musical instruments, such as the berimbau.

A great fair in Rio de Janeiro is called Fairarte, located on Rio's most historic square Praca XV, is a craft market and boasts artists showing off their work: ceramics, glass, leather works and silver; along with colorful food and drinks.

And don't forget to visit Rio's nearby attractions, such as Buzios or The Petropolis.

Rio de Janeiro is an important centre for air services in Brazil, with flights to the world's major cities. Airports include GaleÃ£o-Antonio Carlos Jobim, which offers domestic and international services, and Santos Dumont. The port of Rio has a large market area and is among the country's leading ports by tons moved. 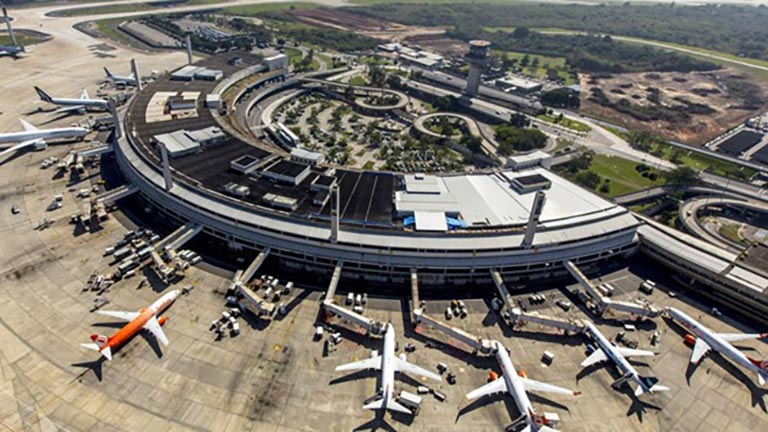 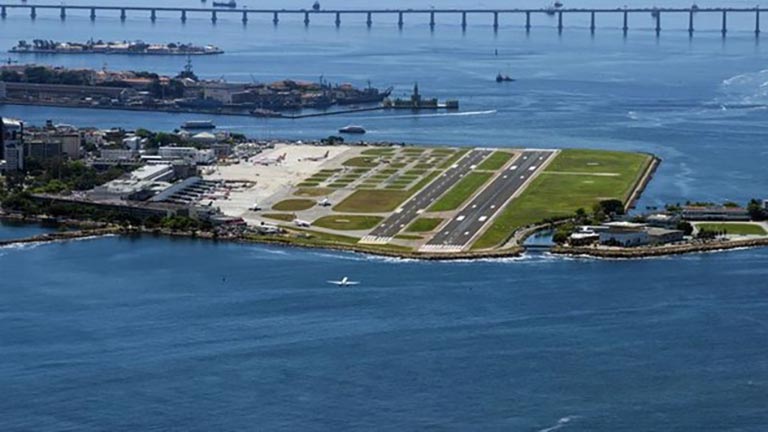 Most surface transport with other places is negotiated by bus, truck, and automobile; railways link the region to SÃ£o Paulo and Belo Horizonte, but their daily service is somewhat limited. Privately owned bus services are the main means of public transportation inside the urban agglomeration. The city began building its subway in 1972, and by 1979 the first station was opened as an initial step in the development of an underground system aimed at alleviating Rio's serious traffic congestion. Though efficient, the system is less comprehensive than that of SÃ£o Paulo or major metropolitan areas in the Northern Hemisphere. 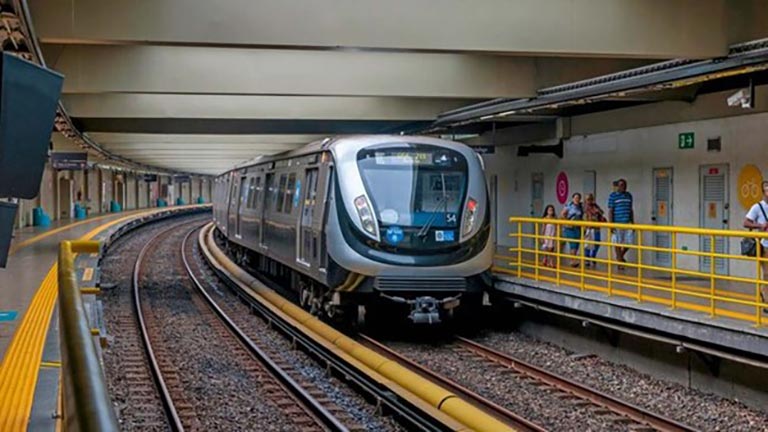